Target Housing have been supporting Mama Africa Rotherham (funded by the Rotherham Borough Council devolved budget) to deliver a project for young people in Rotherham for the past 3 months.

Young people have been attending to learn new skills and meet new people by taking part in activities such as cooking, dancing, music and games.  The project also listened to the needs of the young people and catered to what they wanted to do.

The young people opened up about their worries regarding up and coming exams, being different, bullying and being part of the minority.

From these discussions, the young people decided to create and perform a musical to highlight their worries and difficulties, which was performed on the Celebration Day on 25th March 2017 at Unity Centre.  The performance included dancing, singing, playing musical instruments and acting.

The Success of the Event

Among the guest who attended the Celebration Day were the Deputy Mayor of Rotherham and her Consort Cllr Eve rose and Leader of the Council Cllr Chris Read and Cllr Emma Hoddinott.  There were also representatives from organisations such as Target  Housing, REMA, Health Watch, Wa Hong and Open Minds Theater Company.

The young people have been asked to perform at the Mayors Parade and when the Mayor is sworn in on 20th May 2017.  This is a great honor for them and they are all looking forward to being part of such a special event. 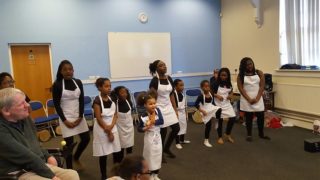 Young people were presented with certificates an
d trophies for all of their hard work.

Call 07799485588 or email youngmindstogether@yahoo.com for bookings.